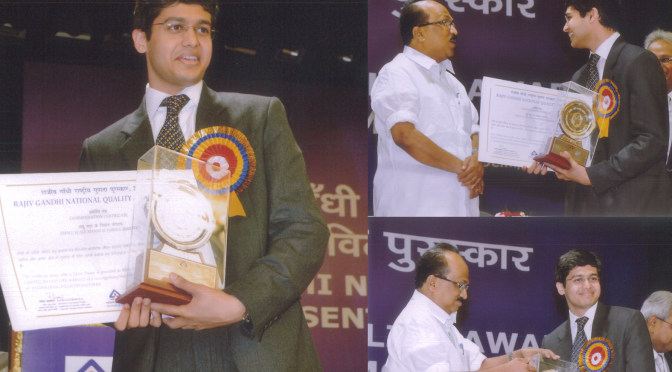 BiOZEEN, Bangalore Biotech Labs Pvt. Ltd., only company catering to the (Bio) Pharmaceutical manufacturing value chain that integrates equipment manufacturing, processes consultancy, training and regulatory services under one roof, has been commended by the Rajiv Gandhi National Quality Awards panel and won under the “Small Scale Manufacturing Industry Engineering & Others”.

The award was presented by Prof. K.V. Thomas, Minister of State for Consumer Affairs, Food & Public Distribution and also the President of the Bureau of Indian Standards (BIS), at a ceremony held at NDMC Convention Centre, New Delhi on April 26, 2013 and received by Dr. Vibin B Joseph, Executive Director, BiOZEEN on behalf of the organization.

The Bureau of Indian Standards instituted the Rajiv Gandhi National Quality Award in 1991 to encourage Indian manufacturing and service organizations to strive for excellence, and to give special recognition to leaders of the quality movement in India. The award has been designed in line with prestigious awards such as the Malcolm Baldrige National Quality Award in USA, the Deming Prize in Japan, the European Quality Award, and has been won by BiOZEEN after rigorous rounds of evaluation by a group of qualified and trained professionals from different spheres of intellectual activity.

On being honored with this coveted recognition, Dr. Vibin B Joseph, Executive Director of the firm stated, “At BiOZEEN our continued commitment to adhere to best in class process flows, argumentation based design rationale, emphasis on quality and our staunch belief in “No work gets done without documentation” has enabled us gain recognition from the most preeminent quality body in India. Winning this award has reinforced our conviction to spearhead the quality movement in the industry in a unique manner and be the benchmark for process excellence.”

BiOZEEN’s pursuit towards excellence has also enabled them achieve ISO 9001:2008, it has a DSIR recognized in-house R&D facility, is compliant to the GMP applicable to physiological and microbiological testing and is also an approved vendor to some of the biggest names in the industry. 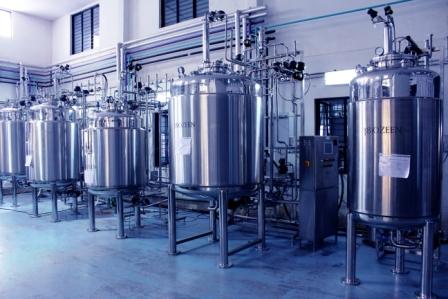 On a mission to enable companies manufacture vaccines that are affordable - Vibin Joseph Executive Director, BiOZEEN at the One Young World 2014 summit, Dublin.

We are into the business of Saving Lives

This function has been disabled for BiOZEEN.